Welcome to the Studio

Welcome to BJC Mini Studio's blogsphere. Check out my new or past painting projects. Take a look at my battle reports for Warhammer 40K, Army Lists, and various Games Workshop goodness...and badness.

It is finished!  My creation, it's alive! 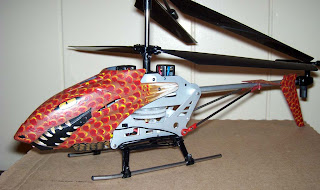 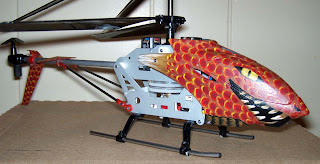 Posted by BJC Mini Studio at 9:38 PM No comments:

Okay so I'm almost finished with the repaint on the Syma S032, but I decided to put it all back together to see how the pieces will look and flow.  I still need to add some orange highlights to the scales with maybe some yellow on a few on the forehead (canopy) just for some decoration.  Mouth still needs some clean up around the teeth and I may add some "gums" just not sure yet.


Haven't flown it yet as I still needs to take off the pieces and seal them.  I'm thinking two layers of gloss to give it a nice hard finish then matte to dull the shine a bit. 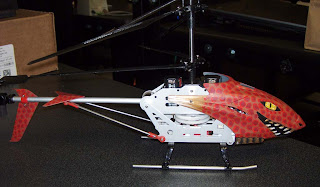 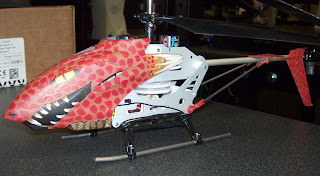 Posted by BJC Mini Studio at 7:12 AM No comments:

Worked on the the S032 Canopy a little over the weekend in between working on the Infinity figures. 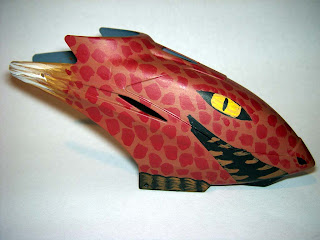 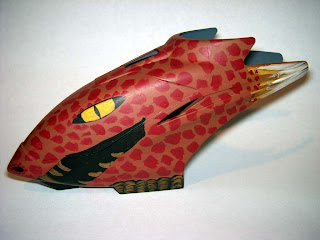 Horns are done, eyes probably done, belly scales done.  Mouth still has a whole lot to finish as you can see and the scales are just the base layer of GW's Malichite Red and Scab Red.  I'm going to hit them with at least 3 more highlight layers.  Scales on the fins are done with the base layer as well, but my camera wouldn't focus on them for some reason.

More of my madness later!

Okay so working on some concepts for the Syma S032 repaint.  This heli is commonly referred to as "Fiery Dragon" on some websites.  Soooooo, that pretty much sealed the design idea.  "The Red Dragon" it is. 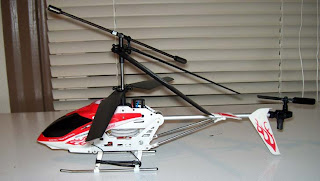 So I decided to paint the canopy, landing struts, and the vertical and horizontal stabilizer fins.
Primed pieces: 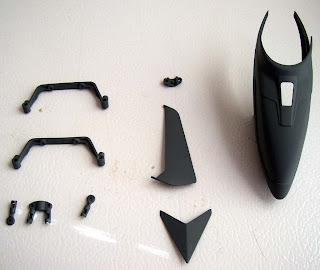 Finally here's the concept for the repaint.  Still not 100% sure on what colors to use.  More later. 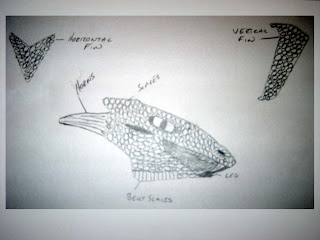 Okay so my son's birthday came and went (thankfully I was actually not traveling for work for a change) and he got his first RC helicopter.  Then Dad loved it and had to go out and buy one...

and paint it because I hated the paint job. So here's my Air Hogs Havoc in flight with a simple repaint. 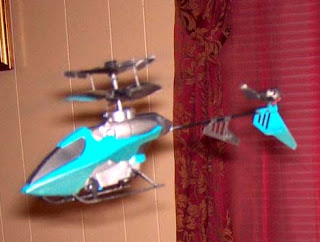 Sooo, what happened next?  I bought a couple 3.5 channels and a 4 channel to play with and my son said "Daddy, you know what would be REALLY TOTALLY AWESOME?" and Dad says "What buddy?"
"If you painted your new helicopter as the American Flag!"
Okay, hey I'm patriotic.  I'm a veteran.  I thought...Oooooooo
Sooooooooo
Here's the King Cobra G2 3.5 channel BEFORE my brushes hit it... 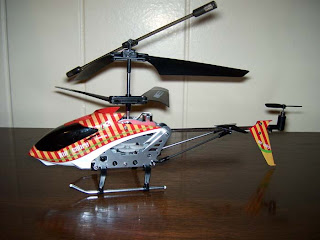 And  then with a little Red, White, and Blue added to it... 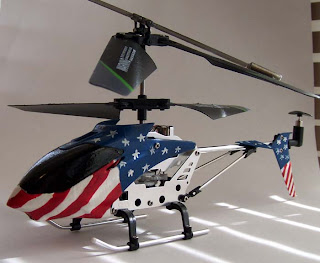 Not what I could consider my best work, but I tried to squeeze this in over a weekend in between working on another project.
Flight video post paint job

So then we get the new birds in (okay maybe went a little heli happy) and he says, "Oooooo what about a dragon!?!"  He's killin me, he's really killin me.

Well I'm really busy with trying to get another project done right now, but I'll work out a design for the Syma S032 (funny its called the fire dragon) to turn it into a Red Dragon.  But I'm going to take it slow on it since I really need to get this Infinity Combined Army project finished up (pics on that later).

The other birds in the project list are a JXD 340 Drift King 4-Channel and a Double Horse 9103 Fixed Pitch 3.5-Channel.  Have no idea on what I'm going to do to them though.  Suggestions anyone?

Well more as I work on these of course.
Posted by BJC Mini Studio at 10:46 AM No comments: